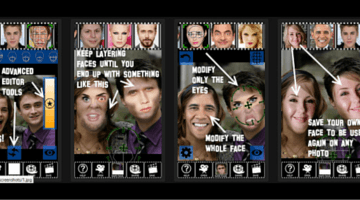 Face swap is catching on fast in social media circles and there are more and more apps that are adopting Face Swap features to let people swap their faces with others to create hilarious photos. Snapchat has a cool lets that lets you face swap and Facebook has its own face … END_OF_DOCUMENT_TOKEN_TO_BE_REPLACED