Now that Microsoft has released the much awaited Windows 10 operating system, it is time to take a look at some of the new Windows 10 PCs, notebooks and convertibles that are getting ready for launch in the coming months and ahead of the holiday season. IFA 2015 was the launchpad for many of these devices that are listed here. Models include ones from Lenovo, Toshiba, ASUS, Acer Aspire and includes one exciting gaming notebook as well. 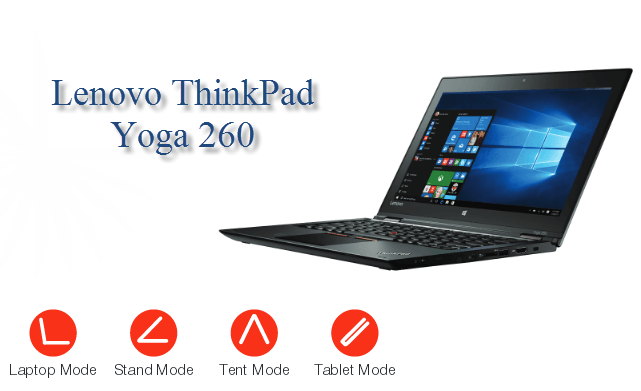 The Lenovo ThinkPad Yoga 260 is a premium convertible that can be used in 4 operating modes – Laptop, Stand, Tent and Tablet. It comes with a 12.5 inch, Full HD multitouch display with a resolution of up to 1920×1080 pixels, an integrated stylus called the ThinkPad Pen Pro, up to 512 GB SSD storage and a battery that can last up to 10 hours.

Some of its unique features include the Lift ’n Lock keyboard and the optional integrated fingerprint reader. This is the first Yoga device that comes with LTE-A option, WiGig or enhanced OneLink+ docking. The Yoga 260 will start at $949.

If you are looking for a premium convertible device for your business, the 14 inch Lenovo ThinkPad Yoga 460 should be your ideal companion. It is powered by Intel’s 6th Gen Core i processor and comes with WQHD multitouch display, up to 1 TB HDD, enhanced docking with OneLink, the ThinkPad Pen Pro and all day battery life. Weighing just 1.8 kg, this premium Windows 10 device starts at $1,049. Toshiba takes the credit for announcing the world’s first Windows 10 convertible with a 4K with UHD (Ultra HD) display with 3840 x 2160 resolution. It is powered by Intel’s 6th Gen Core i processor, and features an infra-red camera for using with Windows Hello. Weighing at about 1.32 kg, the Satellite Radius 12 can be used as a laptop as well as a tablet, thanks to its 360 degree hinge. This convertible is expected to become available in the 4th quarter of 2015.

The ASUS Vivo Stick PC attempts to bring Windows 10 into your pockets, thanks to its fountain pen inspired memory stick. Weighing just 0.07 kg, this stick PC will run on Intel Atom processor, with 2GB memory and 32 GB storage and it can be plugged into any display via HDMI. For convenience of computing, it comes with 2 USB ports, and a standard audio jack. The ASUS VivoStick comes with a price tag of $129. 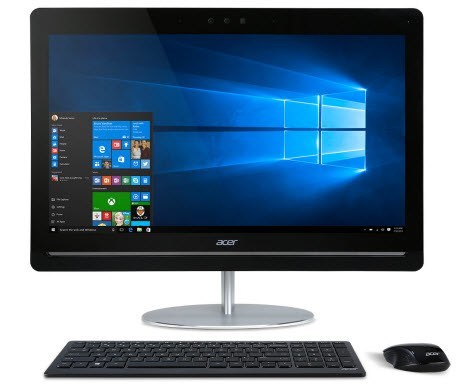 The Acer Aspire U5-710 is a powerful All-in-One PC that comes with the latest 6th Gen Core i7 and i5 processors, NVIDIA GeForce® graphics, and up to 16 GB memory. Integrated into the device is the RealSense camera that lets users scan 3D objects, engage in gesture controls and login to Windows 10 using facial recognition.

Other notable specs include the 10-point multi-touch Full HD (1920 x 1080) IPS display, Dolby Audio and Acer TrueHarmony technologies for better audio and sound. If you’re into home entertainment and gaming, the U5 series should be a great choice. The Acer Aspire U5-710 will first make its presence in EMEA in October, with prices starting at €999. 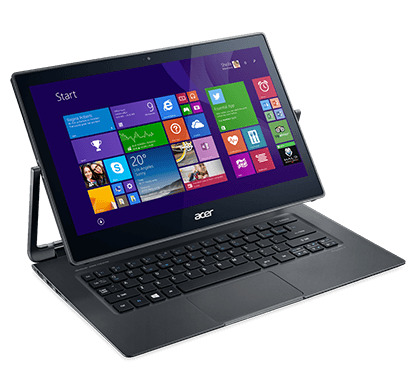 The Acer Aspire R13 is a convertible notebook that supports 6 different modes thanks to its sturdy Aero Hinge. There’s the classic Laptop mode that offers the most efficient use of the keyboard, the Display mode that works perfectly for entertainment purposes, the Tent mode that lets you use the Acer in confined spaces, the Pad mode that converts the device into a tablet, the Ezel mode that lets you tilt the screen to match your exact viewing needs, and the Stand mode makes it easy to annotate or draw on the screen using the Acer Active Pen. 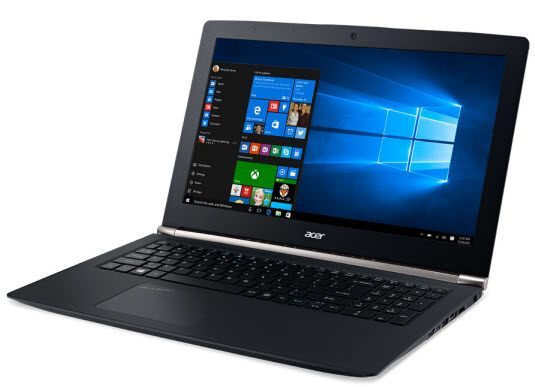 The Acer Aspire V Nitro Series 15 inch and 17 inch notebooks get a Windows 10 refresh along with the 6th Gen Intel Core i processors, the latest USB 3.1 Type-C port and Qualcomm VIVE 2×2 802.11ac Wi-Fi with Qualcomm® MU | EFX MU-MIMO technology for faster downloads. The devices also get some design improvements that include a slot antenna that ensures 360 degrees WiFi coverage. 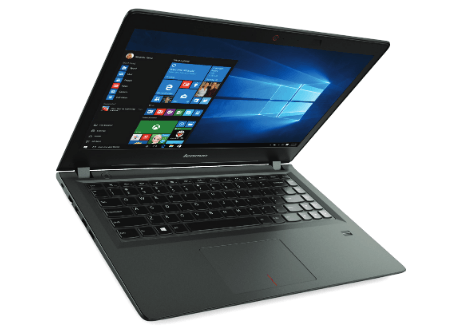 The Acer Predator series of Windows 10 gaming notebooks are built for gamers who have a need for speed. The Predator comes in both 15 inch and 17 inch models and is powered by 6th Gen Core processors. Select models also include the NVIDIA GeForce GTX980M graphics, up to 64GB of DDR4 memory and enterprise level 512GB NVMe PCIe solid state drives.

If you are planning on picking up a brand new Windows 10 device, be sure to add these exciting new Windows 10 PCs and convertibles to your comparison list.