The Playstation 5 has been the talk of the town all through this year and Sony has finally made the PS5 official. Along with the console launch, the company also announced 26 exciting new games and a bunch of delightful accessories that should take you right to PS heaven. If … END_OF_DOCUMENT_TOKEN_TO_BE_REPLACED 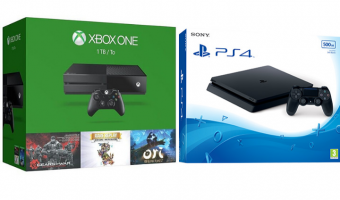 The console wars between Microsoft and Sony has been heating up with each company vying to convince customers that they’ve got the real deal for gamers and fans alike. The already established Xbox has boldly moved forward claiming to be more than just a gaming console -  an … END_OF_DOCUMENT_TOKEN_TO_BE_REPLACED

Sony PlayStation is a massive player in the gaming industry. The company has been breaking new grounds with its highly specialized gaming consoles since its launch in 1994. The new PlayStation 4 is the 8th generation of the device launched by the company and is just as promising … END_OF_DOCUMENT_TOKEN_TO_BE_REPLACED