Whether you’ve just bought yourself a new Android, or received a gift from a loved one, shopping for the best apps and games in Google Play is one of the first things you’ll do with your device. And when it comes to picking games, there’s no better genre than RPG to keep you engaged for hours. Whether you’re a fan of the genre or not, its simply impossible to resist RPGs. That’s why this post is exclusively dedicated to bringing you the best RPG games you ought to be playing right now on your Android. Naturally, they are also the best RPG games that launched in 2015.

Best RPG Games to Play On Your Android in 2015 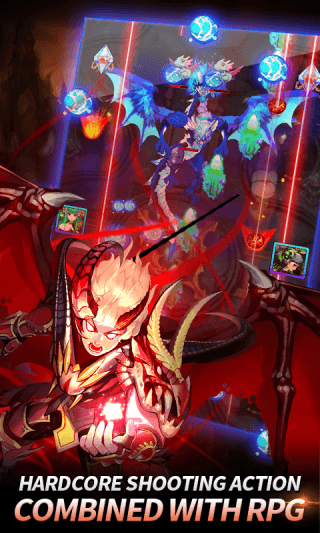 As the name suggests, this is a shooter game with RPG elements with plenty of shooting action guaranteed to keep you addicted. As you defeat the big bosses and progress through the different levels, you get to unlock new hero characters and upgrade skills.

Eventually your aim is to save the kingdom of Dragonia from what else but dragons! Dragon Heroes is bright, colorful and there’s a good level of depth to the game as well. You can play through different scenarios and also join forces with your friends to form guilds and rise to the top of the leaderboards.

Magic Rush is another mish mash of genres with tower defense and base building elements playing a big role in the game. The heroes in the game have unique rarity levels and can play 5 different roles. Advancing through the stages will unlock additional skills and equipment slots, gaining experience points will make heroes more powerful and collecting soul stones will increase their rarity and stats – all typical of most RPGs.

The fun begins when you start your campaigns to defeat multiple waves of enemies. There are plenty of super fun mini tower defense games where you seek to protect the crystal from advancing enemies. And then there is the Arena where you can challenge other players to grow up in the rankings. As I said, there’s plenty to play for in this one, with never a dull moment in between.

The Walking Dead: Road to Survival 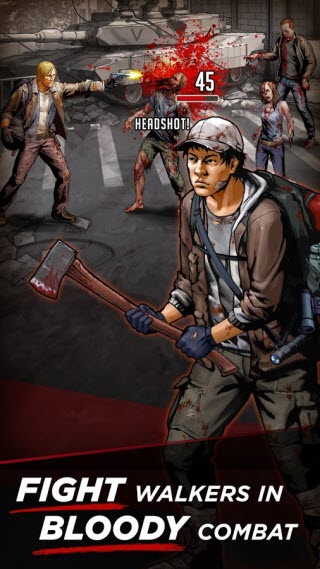 After ravaging bodies and souls on TV, the hit show makes its way to the Play Store in search of more blood and gore. If you loved watching the show, you’ll enjoy being part of the action and adventure in the RPG version of the game as well.

The core aspect of the game is base building where you spend a lot of time constructing stuff to protect humanity. You’ll also be engaging in missions in story based combat action and raiding against online opponents. You’ll also be required to make key decisions during crucial parts of the game, which could mean life or death.

The pay-to-win nature of the game starts to rear its ugly head a few hours into the game, but in the world of smartphone gaming, you can’t have it all! Still, there’s plenty of entertainment on the plate, so dig in. 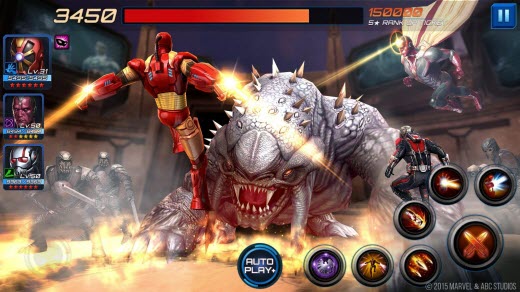 Marvel Future Fight is an engaging action RPG that brings all your favorite MARVEL heroes and villains under one roof. You begin with 3 superheroes who are sent on a quest to put together a band of heroes to save the world from a future threat – you know the drill.

You engage other small villains initially until to meet the big bosses and along the way, unlock more hero characters you can swap around whenever needed. Epic 3V3 battles let you pit your champs against online adversaries while the single player campaign has stage based battles with lots of exclusive content that you can unlock. Overall, you have a good fight on your hands if you choose to play this one. 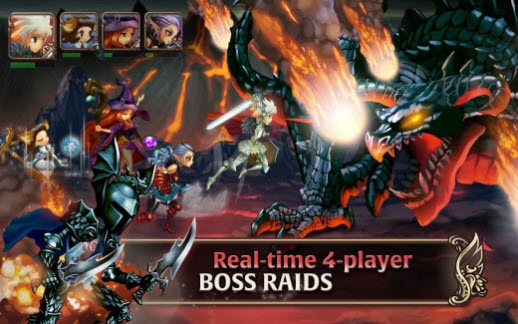 The storyline of Dragon Blaze revolves around Deathcrown, the dragon king of the living and the dead, who fell from the sky and unleashed war and death upon the planet. You play the descendent of an extinct tribe who must discover the secret behind the catastrophe and bring the war to an end.

This adventure takes you on a journey to Dragon’s Landing. Along the way you will collect allies, defeat enemies, and raid bosses in real time. You’ll need good smart strategizing to take on the enemies as they are unique in every battle. Also adding to the entertainment factor are the Arena battles where you challenge your adversaries and the Labyrinth where you battle waves upon waves of the bad guys.

Cool graphics, innovative gameplay, and enjoyable multiplayer battles makes this a must play game of the year. 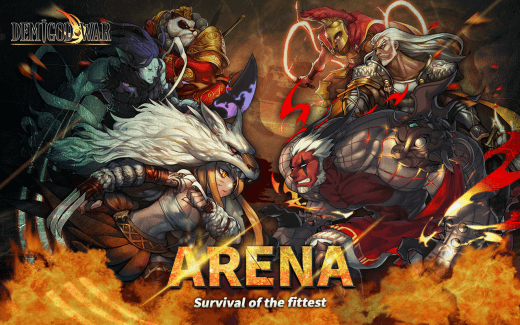 In this engaging RPG, you are a Cube Master, entrusted with the task of saving the world from the evil Ditrimons. You have the power to summon demigods such as Medusa, Fenrir, and Beowulf and engage them in 2×3 grid battles. You will need to collect Soul Beads and craft materials for summoning them and this will keep you thoroughly engaged in the Adventure mode.

In the more advanced Challenge mode, you can form Mercenary groups to summon demigods with greater abilities. The game offers interesting demigod characters and variations of them and despite the simple animations, there’s plenty of fun to be had with the bad. 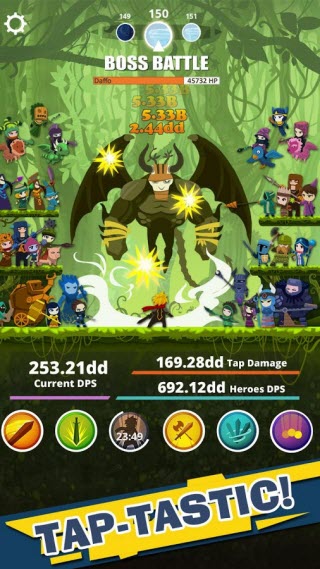 Another engaging game that prevents you from keeping your phone down is Tap Titans. When the world is overrun by the bad guys, you know you’re the only one who can stop them. So pull together your battle warriors and enjoy some finger numbing tap action as you take on over 60 different types of monsters and explore adventurous realms in this action packed RPG.

The game does get repetitive after a while, but that’s not anytime soon as you get to collect artifacts, enhance your weapons, battle cursed monsters and participate in fun tournaments with the gaming community. Overall, a good fun game you can spend hours playing.

That’s our top picks for the best RPG games of 2015. Let us know if we missed any of your favorites.