Microsoft plenty of brilliantly cool apps on the Play Store. Apart from the string of Office apps, we’ve seen Hyperlapse, Sunrise Calendar, Journeys & Notes, and Wordament just to name a few. The company’s latest release is a launcher app called Arrow Launcher. Despite the presence of plentiful launcher apps in the market, Arrow makes it mark pretty darn well. Let’s dive in to see why Arrow Launcher ranks among the best.

The Arrow Launcher says its made for you and the more you use your smartphone, the better it gets. When you install the app, it displays the app selector screen asking you to select 5 of your top or most frequently used apps. 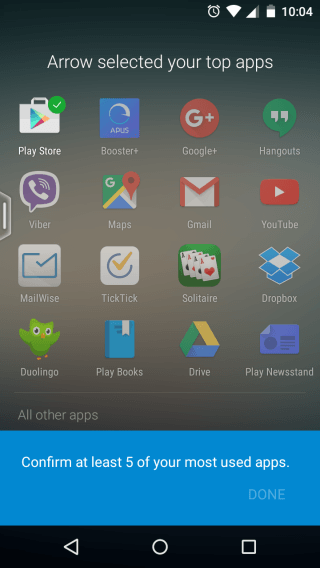 Once you’ve made your selection, you’ll be taken to your Home screen, which is the Apps page. Here you’ll find the apps you selected along with other apps you frequently used. The bottom part of the screen displays the usual icon sets such as the phone, messenger, App Drawer, browser, and camera. 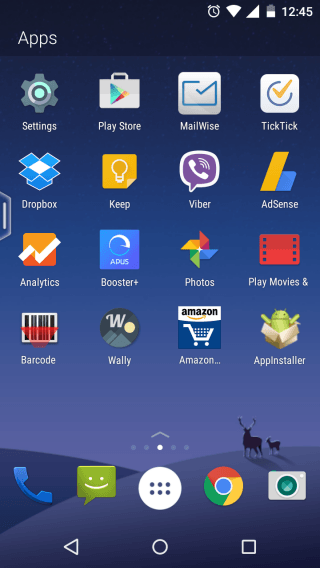 Swiping the top half of the screen to the right displays the People Home screen listing recent interactions with your contacts, whether via calls, text or email. 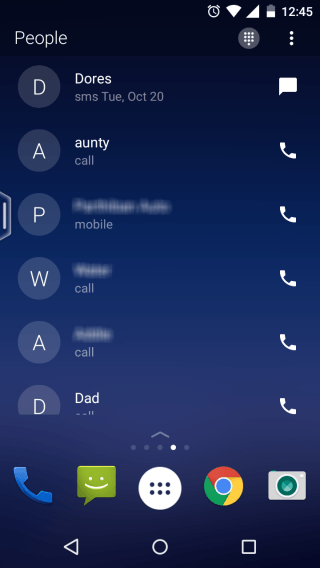 Swiping to the left of the screen displays the Recent Home screen where you can access your most recently used apps at the top along with a list of your recent activities such as a photo upload, an app installed, a call made and so on. 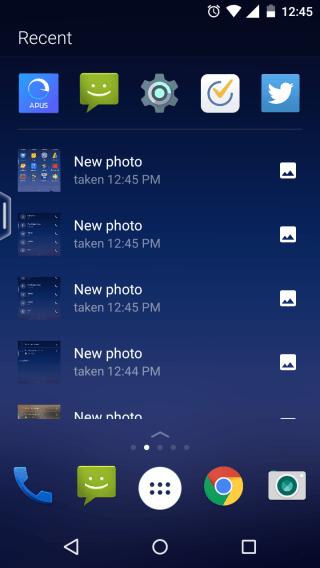 The bottom part of the Home screen acts much like the Quick settings Dock in iOS. Swipe up and you’ll see more of your frequently used apps along with your most used settings such as WiFi, Bluetooth, Flashlight, Screen orientation lock and Airplane mode. A shortcut to the Arrow Launcher Settings is also available. 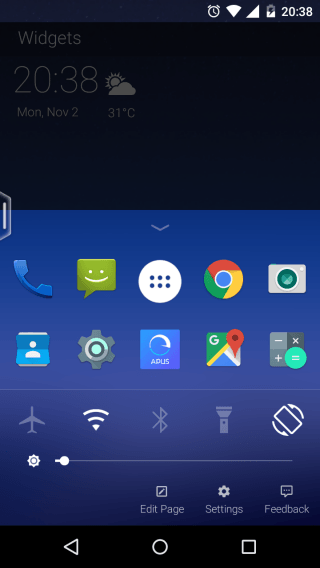 I’ve been a big fan of Apus Launcher and have been using it for a long time now. So, one of the first things I noticed on launching Arrow was the dull lifeless home screen background. Thankfully, there’s a nice and easy way to change that.

Just bring up the Quick Access Dock and hit the Settings shortcut to change your wallpaper and customize your icon sets. There are also other options available on the Settings screen such as access to the System settings, option to hide apps, set the default launcher and provide feedback. 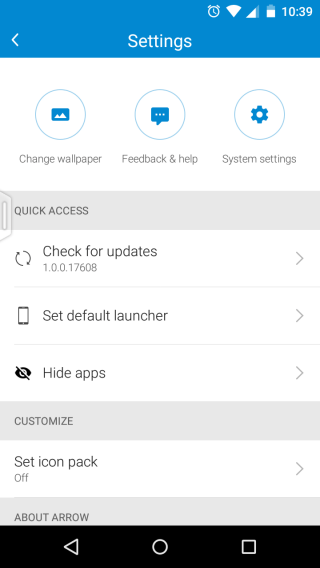 Coming back to the wallpaper options, when you click on Change Wallpaper, you’ll instantly see the drab Home screen background I was talking about that is selected by default. Scroll down the screen and you can browse through a dozen or so of absolutely gorgeous wallpapers and choose one of your liking. Arrow launcher also lets you add a custom wallpaper by choosing one from your Picture gallery. If you love Bing wallpapers, you can turn on the option to enable the daily Bing wallpaper. 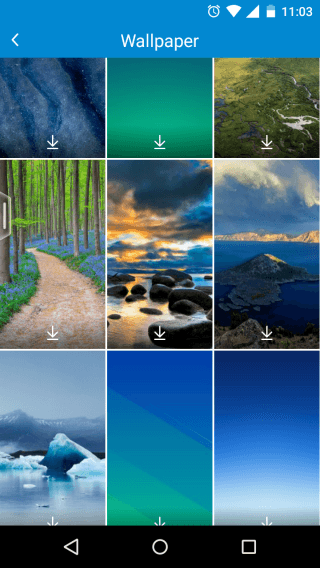 Another cool option in the Quick Access Dock is the Edit page setting. Click on that and you’ll see another screen allowing you to add apps, widgets, and change wallpapers. If you like to group apps into folders, you can drag one or more apps from the Add a Widget page and drop it on top of another app in the Quick Access Panel dock. This will group the apps into a folder and you can name the folder according to the collection.

ALSO READ:  Evie is a Minimalist Launcher for Android That Delivers

Adding widgets is slightly tricky though. If you look at the App screen, you will notice only 3 home screens enabled by default. To add more screens, you need to go to Edit a page. Scroll to the left and right of the App screen and tap the Eye icon to unhide the screens. 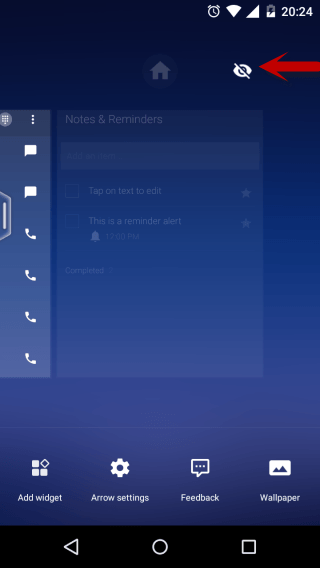 Another cool feature of Arrow Launcher is the Notes and Reminders Home screen. Again, this screen is hidden. To activate it go to Edit a page, scroll to the hidden page and tap the Eye icon. Once done, you can add notes and reminders in a jiffy. In my case, it certainly eliminates my need for Google Keep. 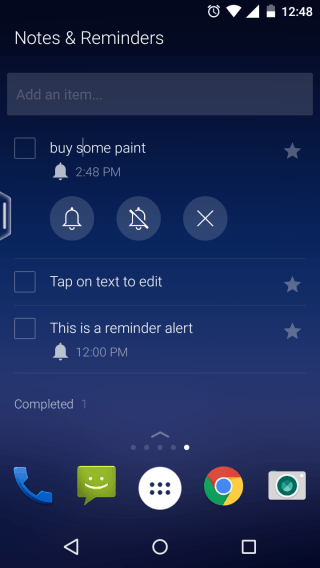 Arrow launcher has plenty of customization options as all launchers should. You can re-arrange the pages, show or hide pages, set a specific page as the Home page, customize the Quick Access Dock, get a Bing wallpaper everyday on your screen, include third party icon packs, and more.

While the launcher does appear to be quite smart, showing me the stuff that matters the most to me according to my usage, it does sometimes become something of an annoyance. For instance, the Home page where all the apps reside is not fully customizable. You cannot remove apps to leave a blank space instead and you cannot add apps you want to include on the screen unless you picked them at launch. You also cannot create folders on the app’s page.

That said, I still find Arrow Launcher to be a top app, thanks to its intuitive features that lets me access exactly what I want without going through endless screens. The first iteration of the app is solid, flawless and smart, and I’ll bet it will only get better with time.

If you want to enjoy a smart and stylish Android user experience, give Arrow launcher a try and tell us what you think. As for me, Arrow Launcher is going to be my new home!